So I’m a little bit weird. I tend to use mice without scroll-wheels. This means I’ve got two ways of scrolling:

I don’t mind using the keyboard, but it’s a little clunky: scroll forward/back a page at a time using the Page Up/Down keys, or scroll a line at a time with the arrow keys. So I end up wanting to drag the scrollbar around.

Now, back in the day, we had pretty sizeable scrollbars, from the Xerox Star:

to the earliest Macintosh OS: 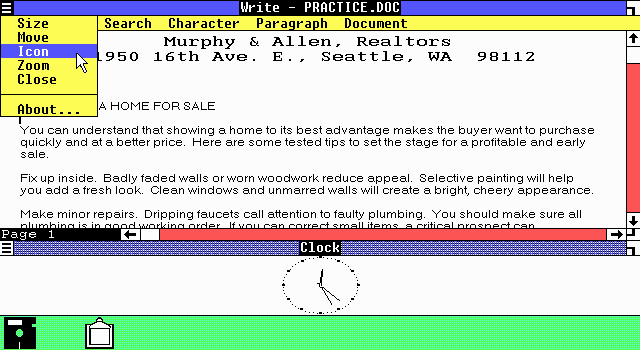 You could find scrollbars in SunOS: 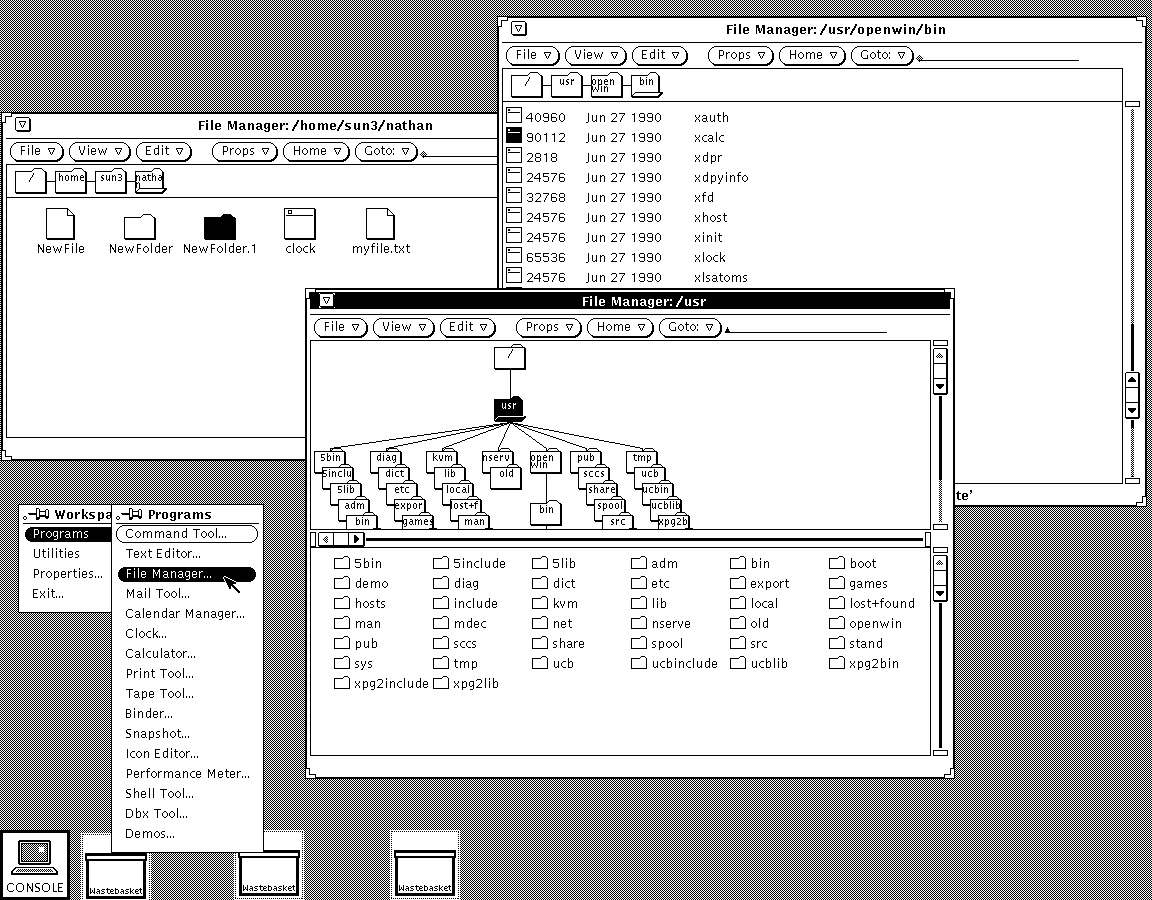 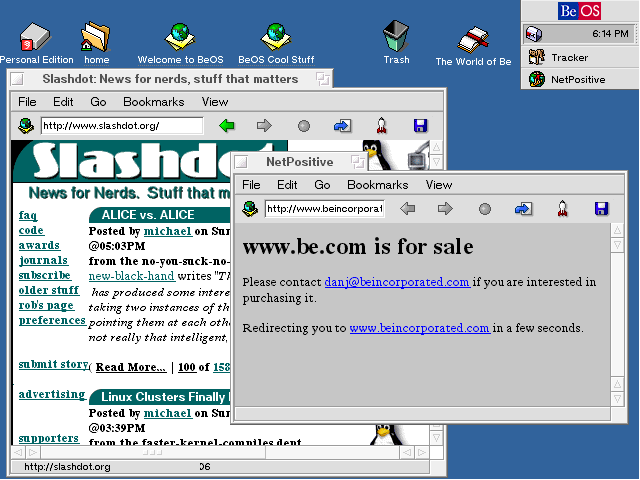 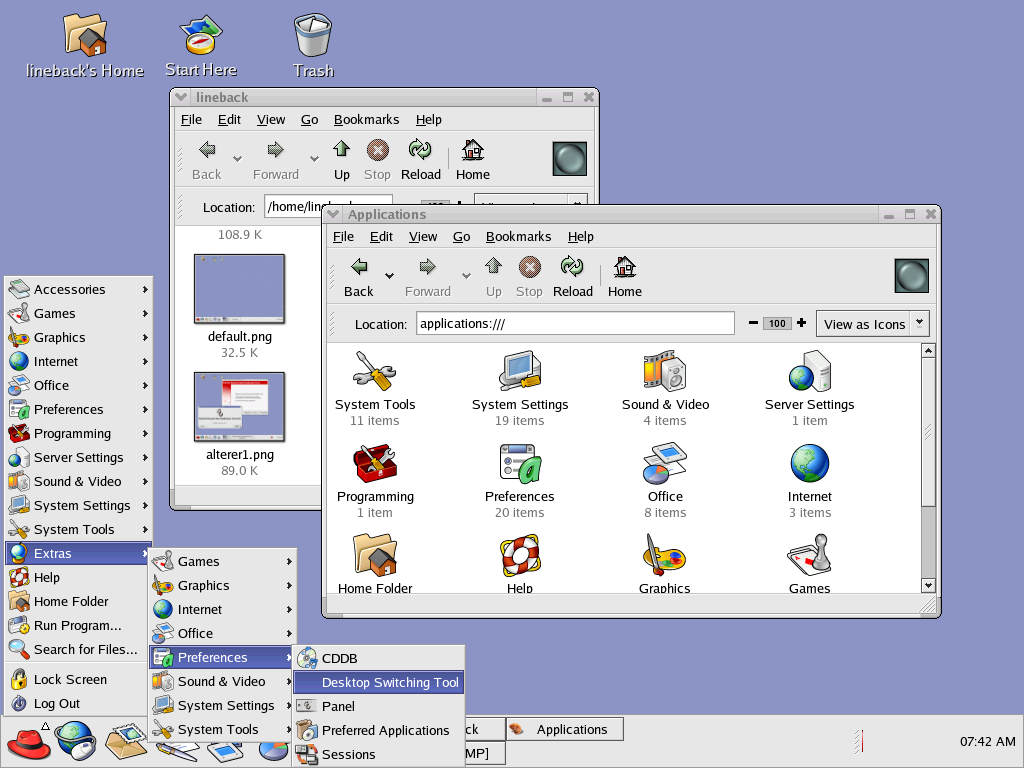 What did these old systems have in common? Well, to start with, they were all displayed on screens much, much smaller than those we have today. The original Mac was 512x342 pixels. Because the screens were so small, it was pretty much guaranteed that you’d have windows whose contents were too “big” for the screen! And none of them would have been using mice with scrollwheels, so they needed some way to move up and down through a window. Hence: the scrollbar.

Is the scrollbar a perfect invention? No. It takes up screen space, and frankly I never knew many people to actually use the little arrow buttons, they mostly just clicked and dragged the bar itself. But the presence of a big chunky scrollbar made it immediately obvious that there was more stuff to see if you scroll down (or left, or right, or up).

Where won’t you find usable scrollbars? Well, most modern Linux applications, for a start. Like Firefox: 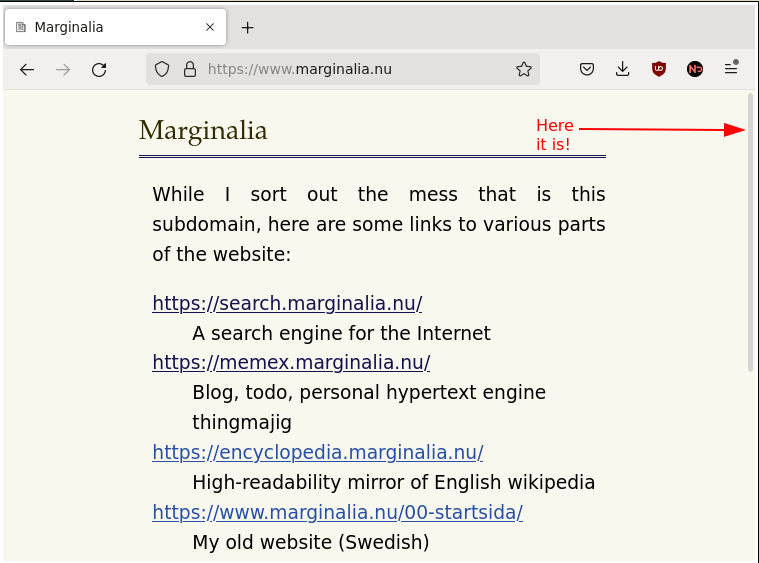 I made the window small and put in an annotation, just in case you missed it. My 4K desktop monitor has almost 50 times as many pixels on over 12 times as much physical area as the original Macintosh’s screen. Would it kill us to spend a few more of those pixels on a real scrollbar?

Now, rxvt isn’t afraid to have a scrollbar:

But I cannot for the life of me figure out how to get a proper scrollbar on regular old GTK and Qt applications! The best I’ve been able to do is make the Firefox scrollbar get a bit wider when I mouse over it, but that tends to interfere with UI elements in web applications.

Surely, there must be some way to get a real scrollbar… Anyone?