There’s a video of basically this post online here

I bought a vacuum tube-based AM radio a few weeks back. The brand is Clarion, although I still can’t figure out the particular model–it must be relatively late, because it has inputs labeled “Television” on the back!

The label said it worked but you couldn’t change frequency. I took a chance and brought it home for $25. After a little work, I have it in working condition; it’s not perfect, it’s not a beautiful restoration, but it is functional. And no, I didn’t replace the guts with an Arduino and a few MP3s! 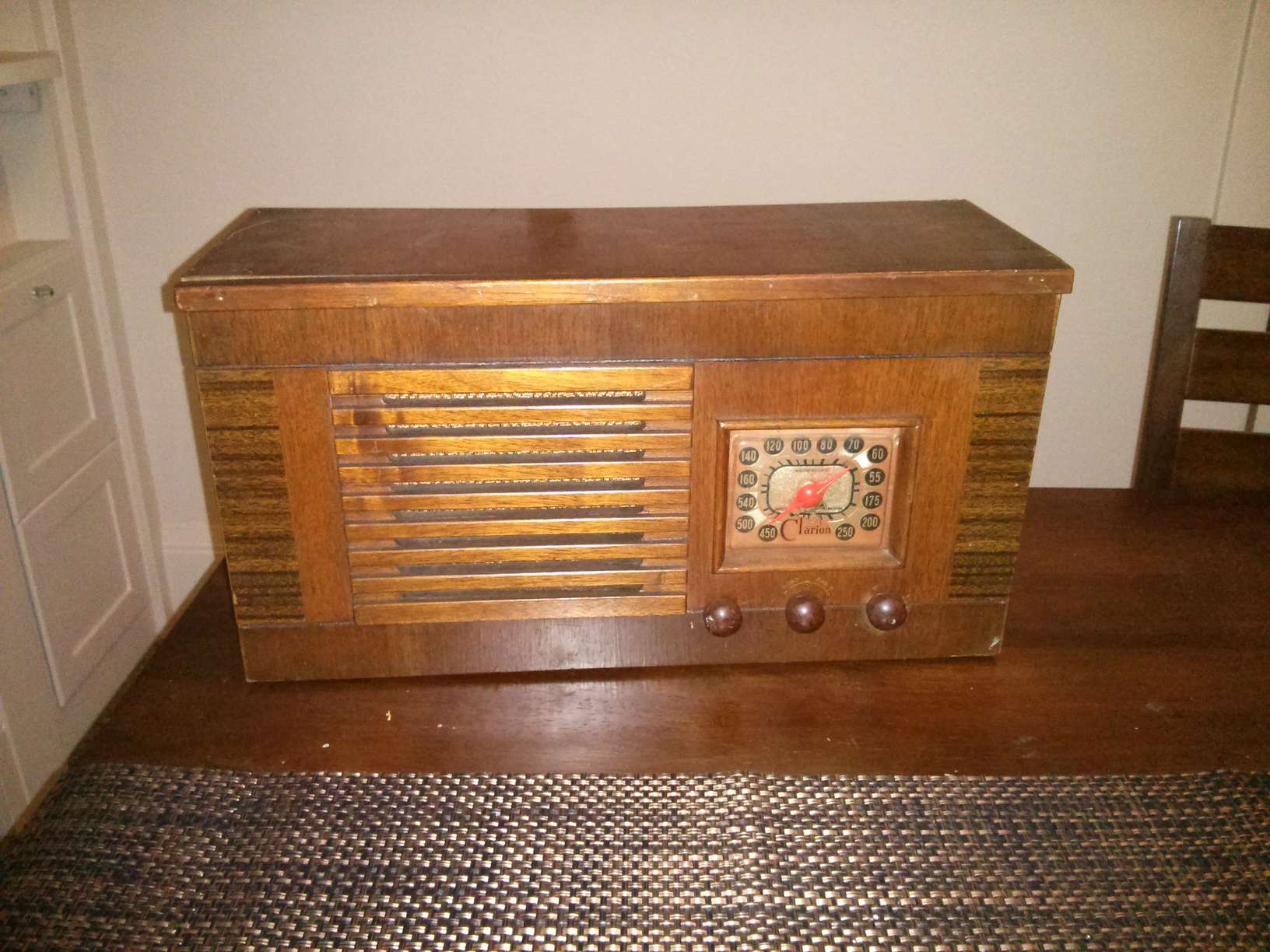 The first thing I did was pull it all out of the wooden case and take a look. I saw immediately that the tuning string had indeed come off on one side. However, I could still tune the radio manually, and attempted that only to receive static.

Turns out that I was doing something very dangerous. This kind of radio (called the All-American 5) was typically wired with a non-polarized plug and in such a way that the chassis has a 50⁄50 chance of being hot even when the radio is turned off. Luckily, I didn’t electrocute myself, and I soon found a guide to re-wire it more safely.

There was a tear in the speaker cone. I repaired that using nail polish and a little bit of toilet paper, making a sort of papier-mache to fix the rip. 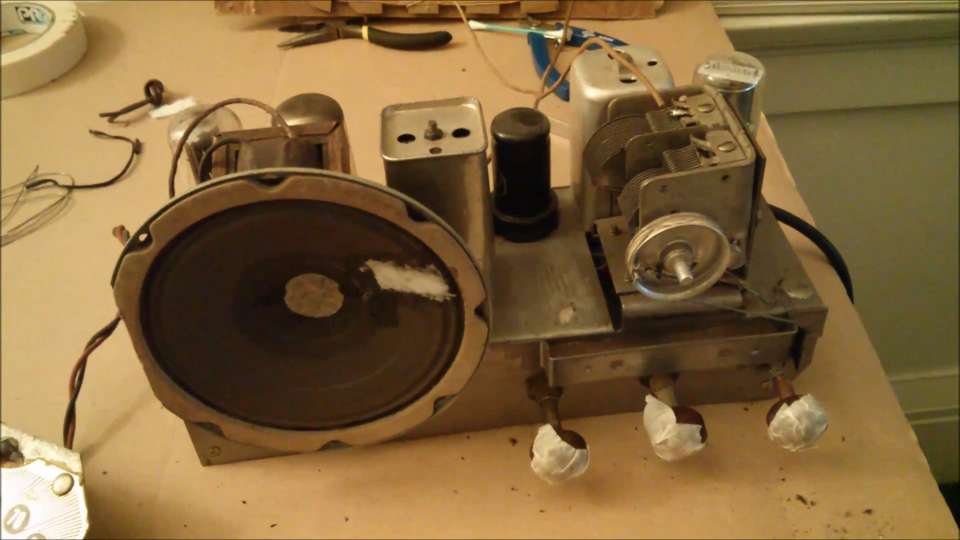 To fix the tuner, I just pulled off the old twine and replaced it with some very thin, non-stretching twine from the sporting goods store. It’s looped in such a way that turning the knob unwinds it on one end while winding up the other. 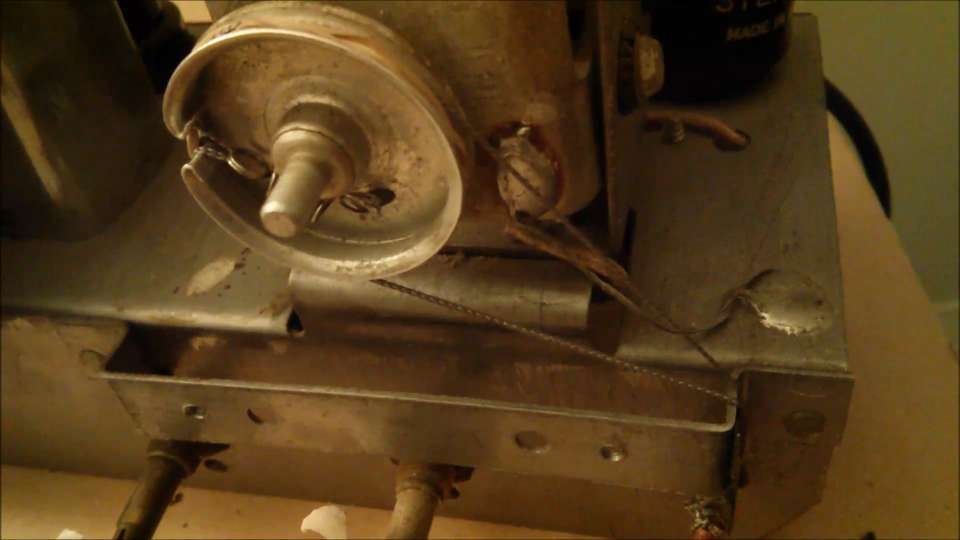 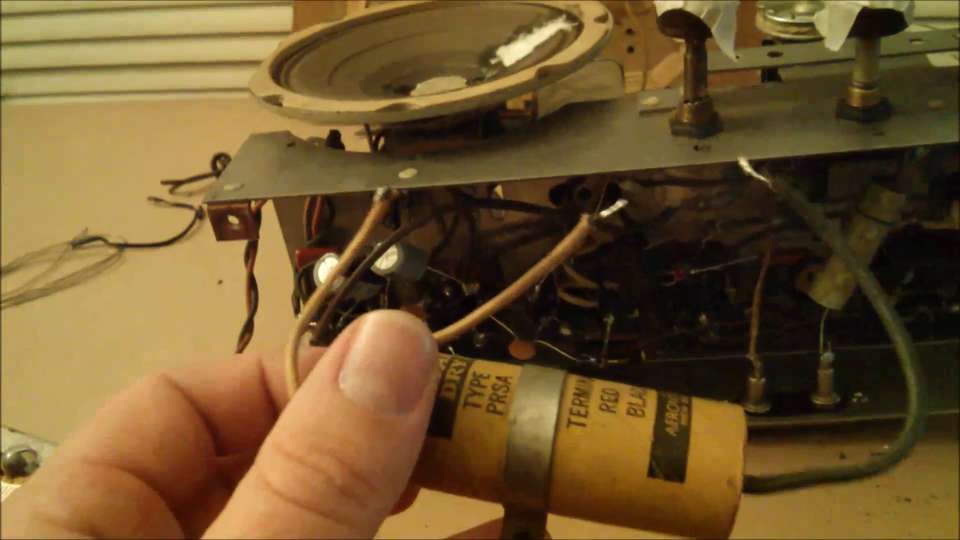 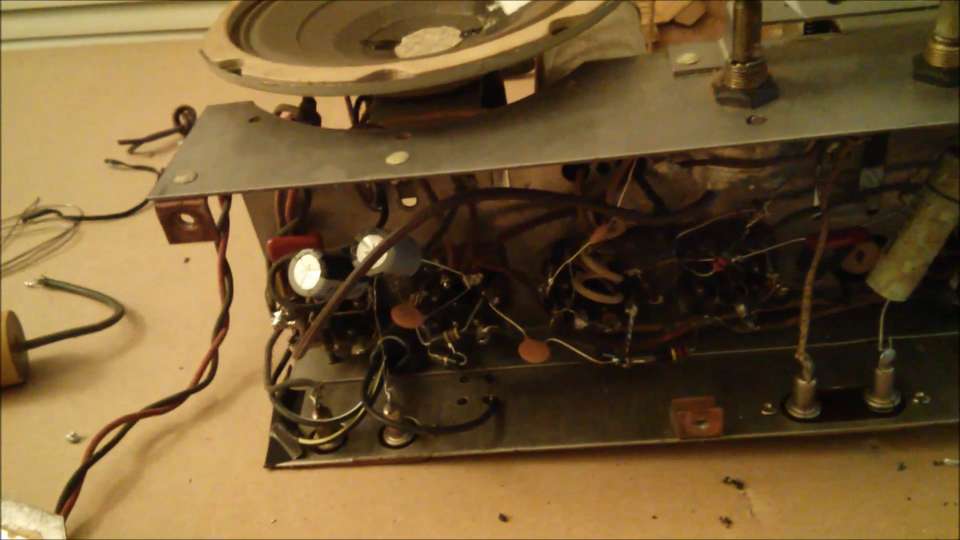 Update: I later realized that I’d been very stupid in routing the tuning string over the metal frame like that, rather than just running it directly down to the tuning knob. I fixed it but didn’t take pictures. I gave the radio to my neighbor when we moved to Albuquerque.