A few years ago, I bought a pair of MyVu Shades video glasses for my senior design project. They’re huge, bulky, look bad, and are uncomfortable to wear. With the intent of modifying them into a monocular head-mounted display, I disassembled the device and ended up with a pair of screen+lens assemblies. The process is pretty straightforward, just remove as many screws as possible, then cut the plastic nosepiece to separate the screens. 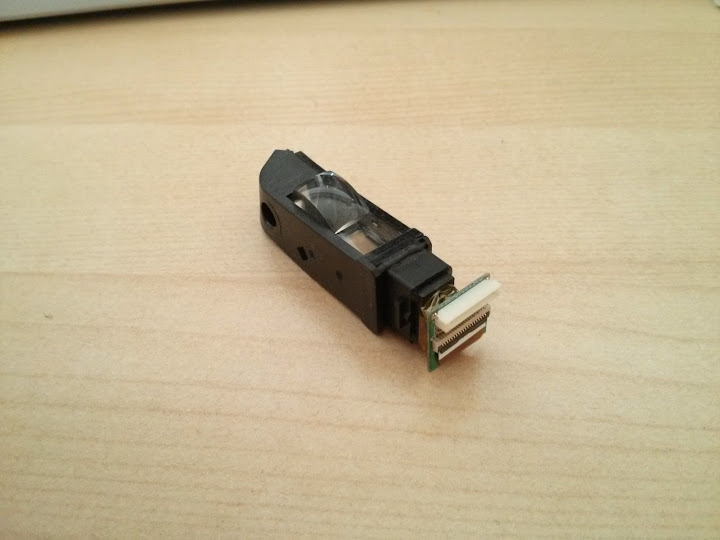 Now, I’ve lately become interested in the Eyetap device, which I believe would be constructed around the LCD screen alone rather than the screen+lens assembly. So I went a little further. I noticed some glue around what looked like the place where the screen and the lens join, so I cut most of it away with a knife. With gentle pressure, I was able to separate the lens from the screen. 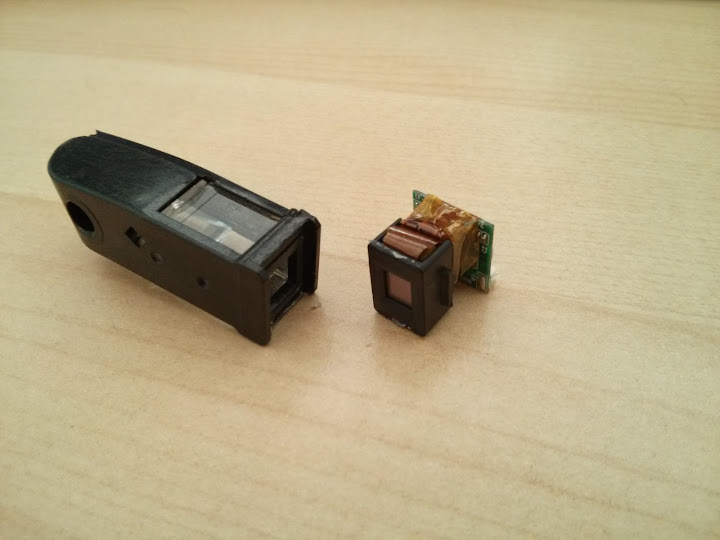 Thrilled at my success, I plugged the screen into the video input cable: 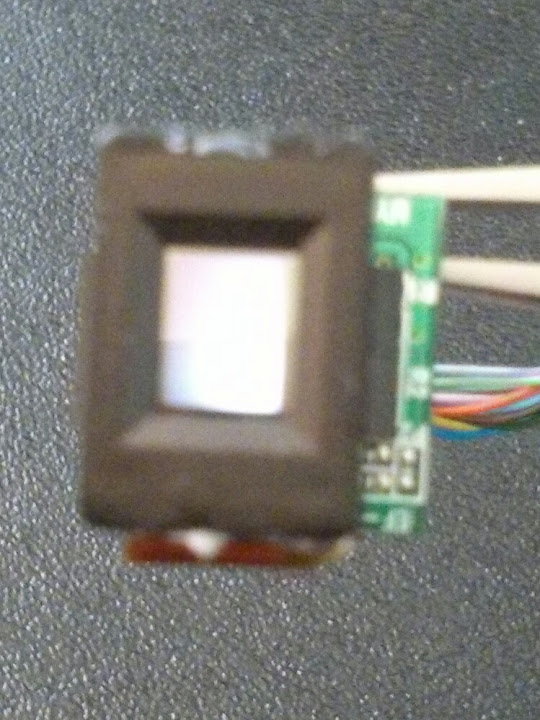 Apologies for the poor image quality, but it doesn’t matter: all I saw was a blank white screen. Remembering something I had read about LCD monitors, I decided there must be a piece of polarizing film in the lens assembly. A quick look showed that yes, there appeared to be a piece of film tacked down by 4 small spots of glue. 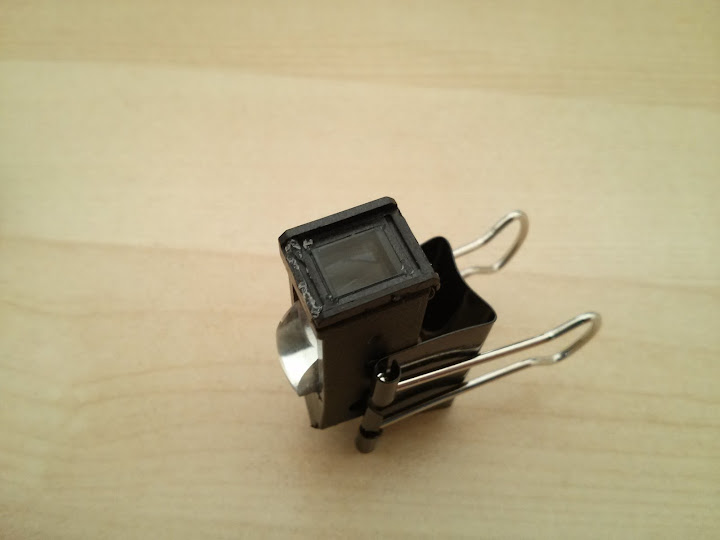 I used a knife blade to carefully nick away the glue, then slipped the knife in at the edge of the film and gently pried it up. Once it was loose, I could use tweezers to grab the film. 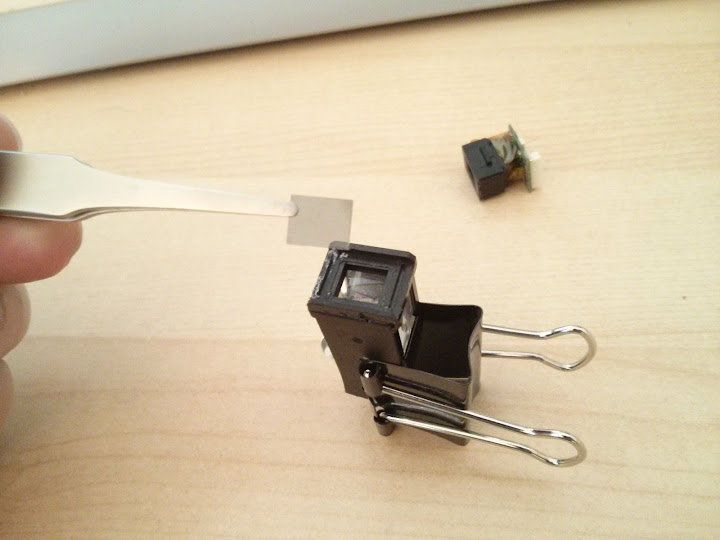 By placing the film on top of the LCD screen, I was able to get an image–in this case, a live feed from a camera on my desk, pointed at a bottle of Worcestershire sauce (I had steak the other day). 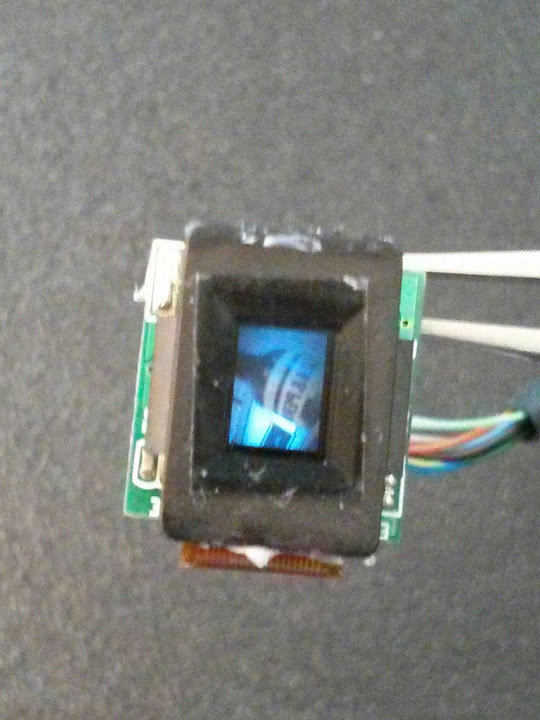 Since the lens is removed, if I hold the screen close to my eye, I cannot focus on it. I am working now to determine if the “aremac” (“camera” spelled backwards) of an Eyetap device needs a lens, or if the way it is positioned with regard to the beamsplitter, eye, and sensor make that unnecessary.